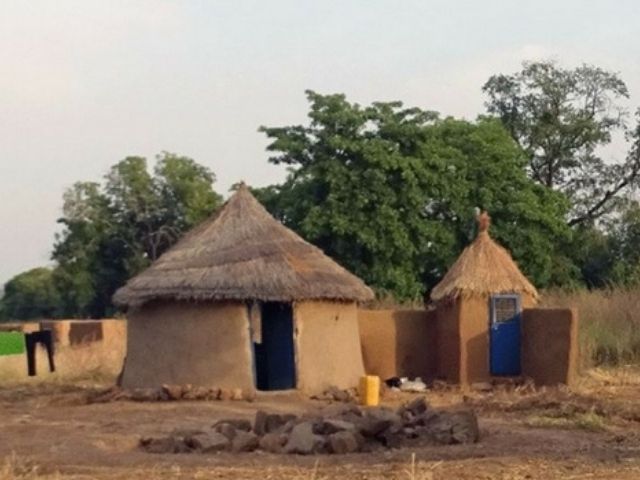 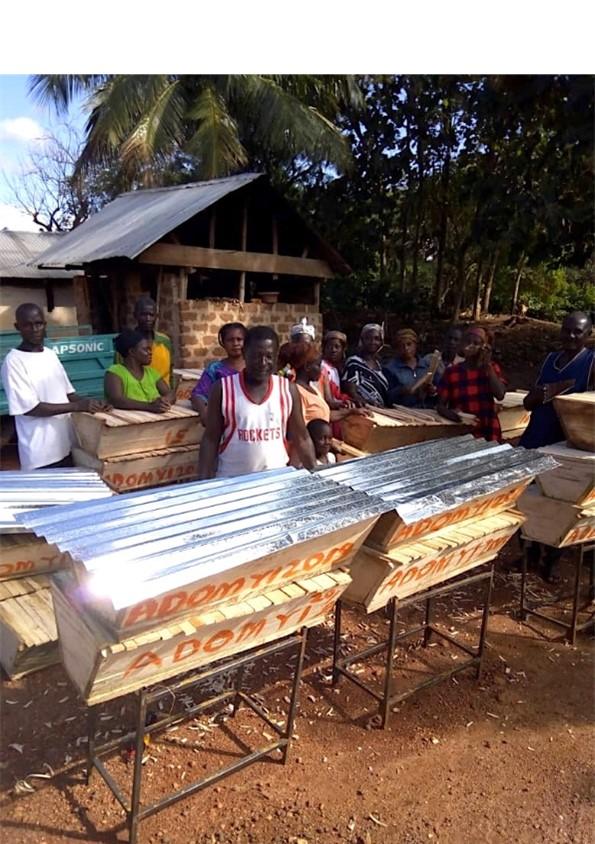 The Amomaso-Adom Beekeepers belong to a cocoa farming community.

The farmers’ livelihoods are at the mercy of international cocoa prices with many of the women earning a little extra selling surplus vegetables and tubers at the roadside; an activity which is being badly affected by Covid-19.
Bees Abroad was approached by a Cocoa Board extension officer for the area, Benjamin Amoah.

He wished to introduce beekeeping to the Amomaso Cocoa Co-operative’s farmers, as cocoa money is seasonal, and incomes are low.

However, there is a risk because, although cocoa is not pollinated by honey bees, the bee colonies must be kept out of cocoa farms as the chemicals used can be a risk. 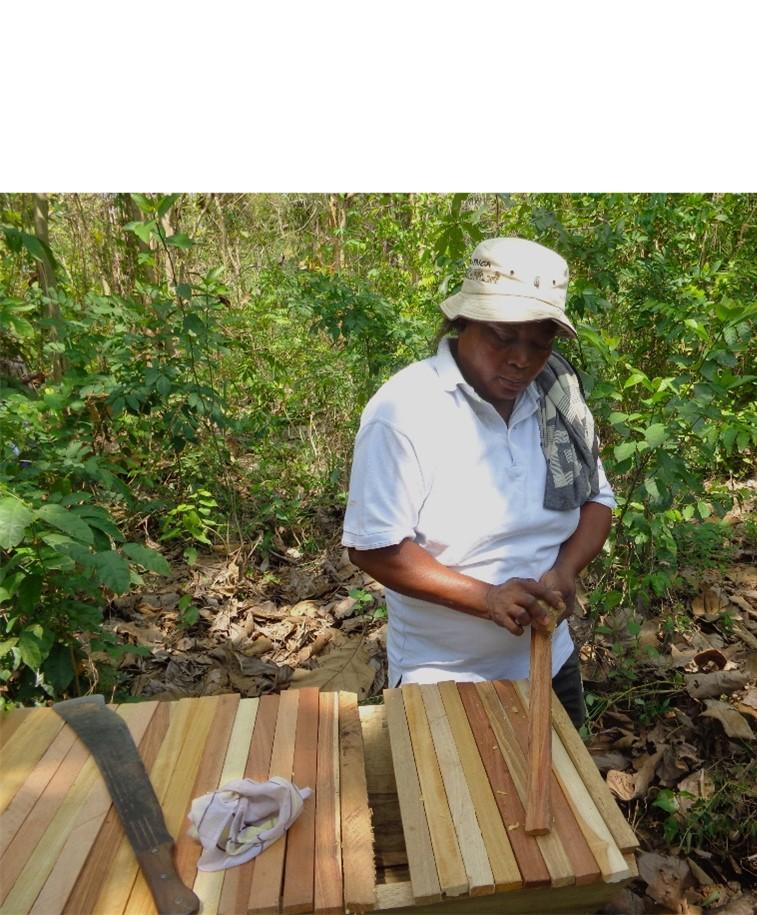 This project, which started in March 2019, is located in Yamfo community, in the Ahafo Region of Ghana. The applicant had visited Nyu Nunu beekeepers (part of the Cashew Farmers’ project), and had wanted to replicate their knowledge and enthusiasm for beekeeping in Yamfo.

The project seeks to provide healthy and quality honey for sale to supplement income for educating their children for a brighter future.

This project is generously supported by North Hertfordshire Beekeepers. 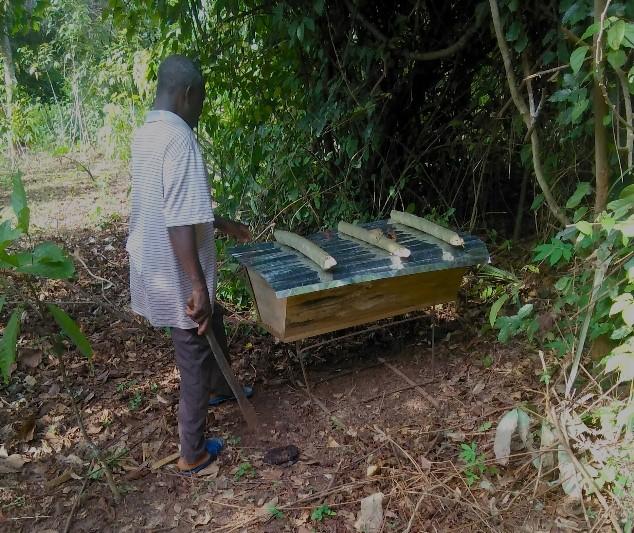 In 2018, 56 participants from five community groups came together to form the Bia West Beekeeping Association.

They were trained in beekeeping by Bees Abroad. The group are all subsistence farmers, some with small cocoa farms, and all who had lost access to forest resources in the 563 square kilometre forest. 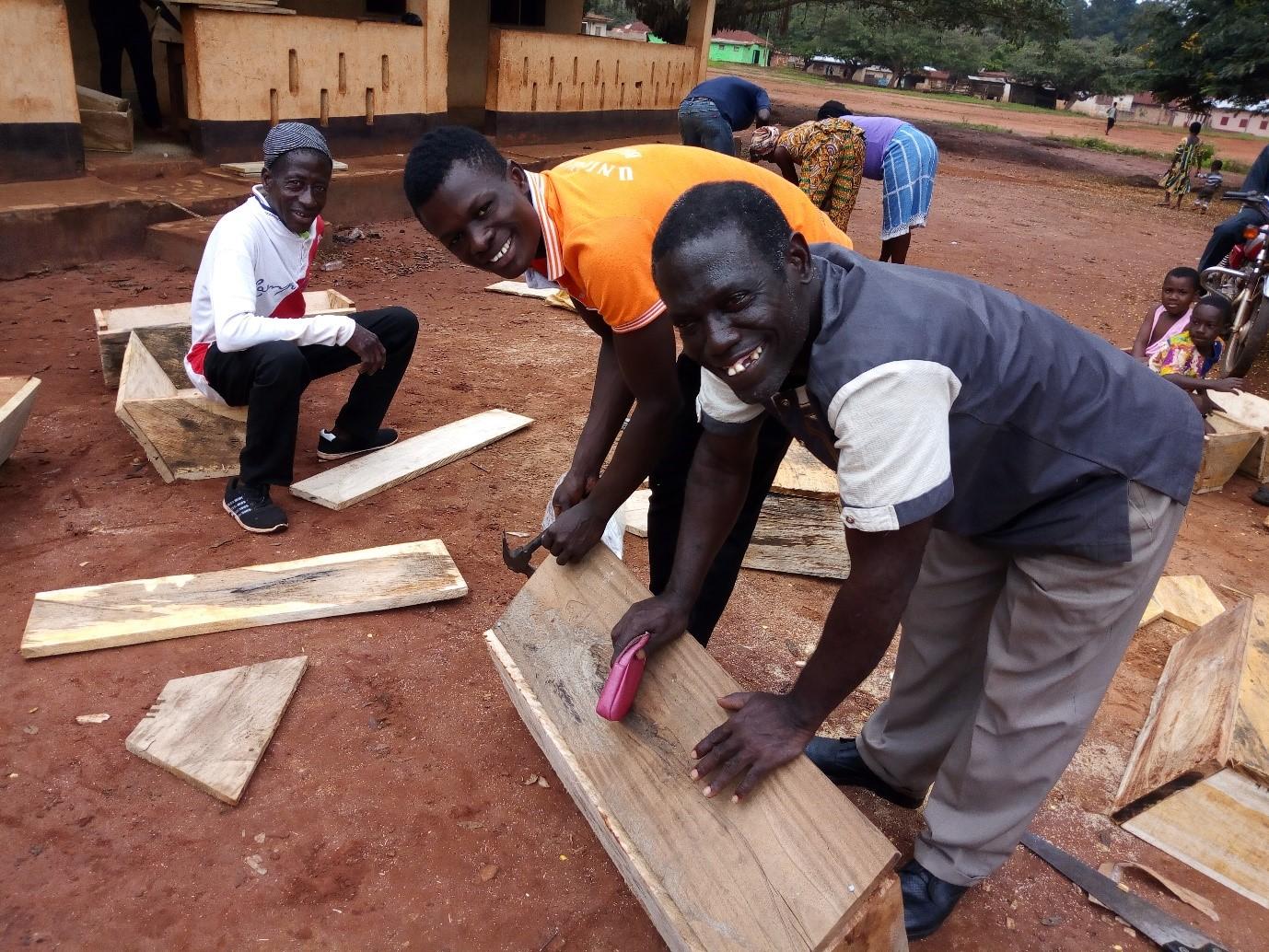 Yet the communities, apart from a few rangers and tour guides, see little positive impact on their livelihoods through tourism. 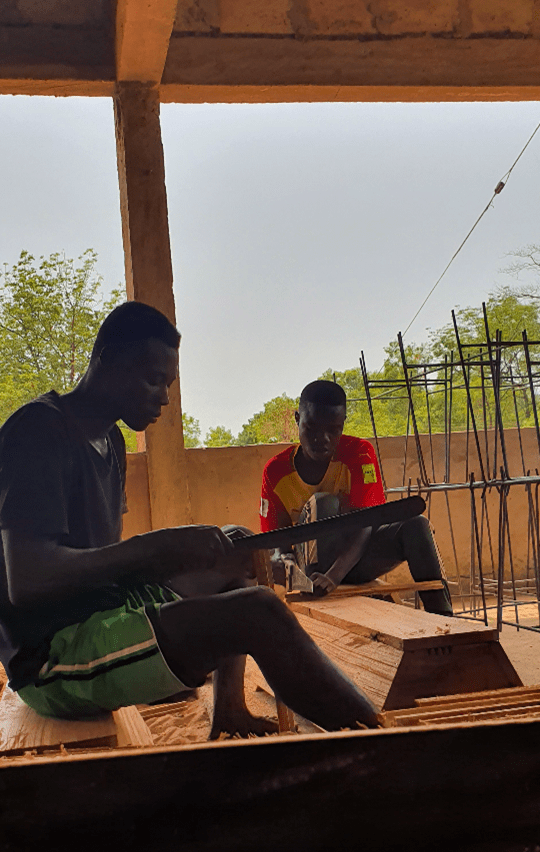 Ekye Beekeepers Union is an active registered Community-Based Organisation located in the Kwahu Afram Plains South, Eastern Region of Ghana. It includes a few beekeepers with some knowledge and experience of beekeeping in top bar hives.

The group, comprising more than 40 members, requested training and some equipment so that the young people and women members in particular could benefit from beekeeping as a future income stream.

Eight young men, and ten young women have an interest in improving their own education and future prospects, and older members wish to see their own young people complete their education. 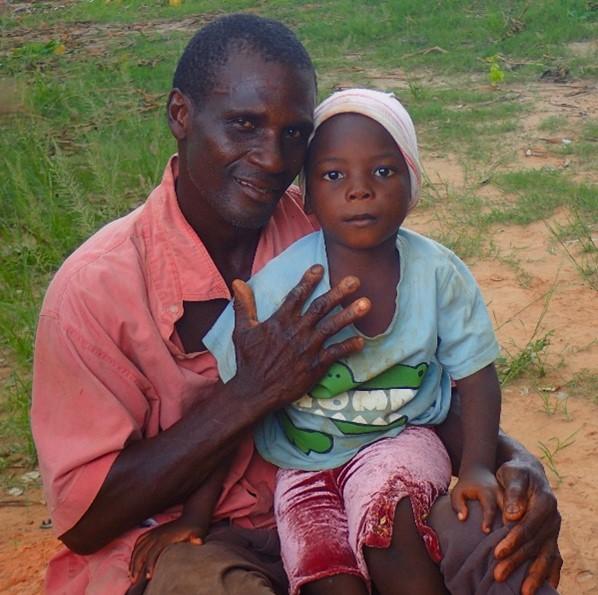 Hekenofom (‘Hope’) Beekeepers are located in a remote community outside Asesewa in the Upper Manya Krobo district of Eastern Region, Ghana.

The community was selected for an initial foundation project leading, hopefully, to a full three year project for what is intended to become a livelihood initiative in several Upper Manya communities in the future.

Training was delayed due to Covid-19 restrictions. The Foundation is being funded by Bees Abroad. 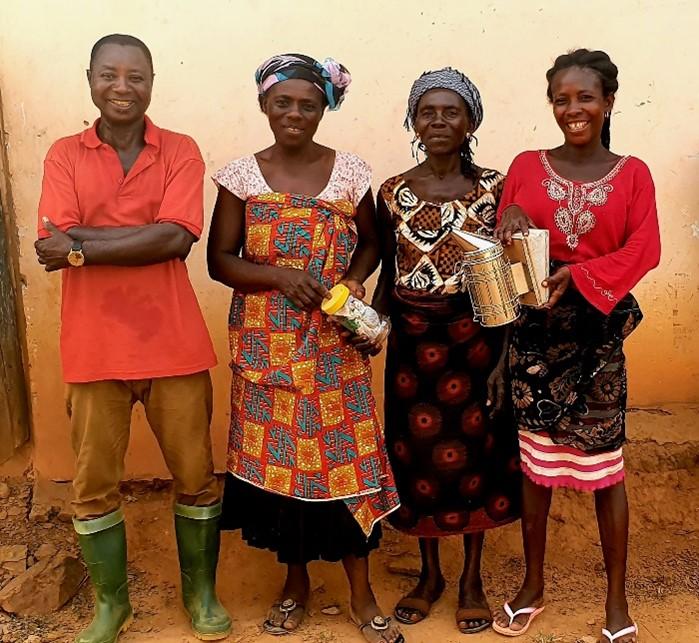 The Levite Beekeepers Association was formed in Oboadaka, Greater Accra region, from an existing women’s farming group in the community.

A stakeholder from Accra who has a farm and roots in this community contacted Bees Abroad to request that the organisation could support members of the women’s group in developing a livelihood stream.

Suhum-Amanhyia is an agricultural area with good access to the truck stop at Suhum on the main highway north of Accra, but it is relatively degraded with very little forest and few participants have access to land they can far.

Employment prospects are low, so the focus of this project is to work as a community to produce enough quality honey and wax to provide secure income for education and health insurance, and perhaps for income for home repairs and other items.

A Beekeeping Centre for Northern Ghana
Introducing the project

This project is being run locally by the Agents of Development for Rural Communities (ADRUCOM), and is based in the village of Karimenga, in the North East Region of Ghana. The planned goal of this project is to set up ADRUCOM so that it can continue its work without external support. ADRUCOM has taken on the responsibility of training groups in this region. It is led by Victor Ayeebo, supported by three volunteers. Victor’s father had obtained land from the chief at Karimenga in order to set up a base.

Since his father’s death, Victor has continued that work of building a centre. So far there are groups operating in Salaga, Damongo and Karimenga with other potential groups waiting; these groups have approached ADRUCOM directly to request training.

The work is generously part-funded by The Gibbs Trust, The Morel Trust, Open Gate, Larson Legacy (USA), and W.A. Cadbury.

Bees for Livelihood
Introducing the project

This project is located in the Oti and Volta Regions of Ghana. The project started in 2019, with a pilot study and this has developed into a full-scale project, run by the Active Centre For Rural Development (ACRUDEV).

Led by Godwin Kadua, it includes beekeeping as one of its activities. The organisation knows the local area and where there is a need for training in beekeeping, particularly where they have been approached by local village groups. 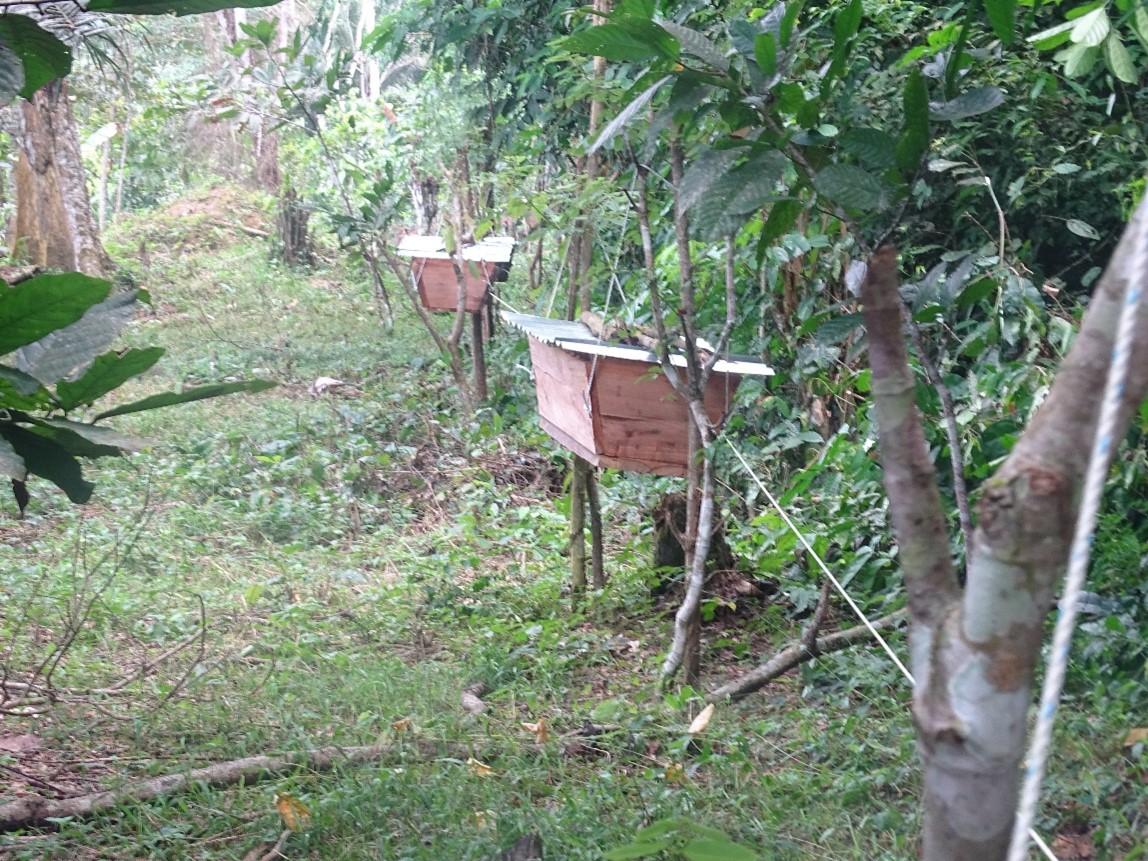 Bees Abroad often mentions ‘sustainability’, and it is always good to learn that a project which is no longer current is still achieving results.

Preventing elephants raiding farmland by installing hives on the boundary

This project has been completed and is no longer financially supported by Bees Abroad. However links are still maintained with Brian Durk (Partnership Manager) and they are part of the beekeeping trainer network within Ghana. 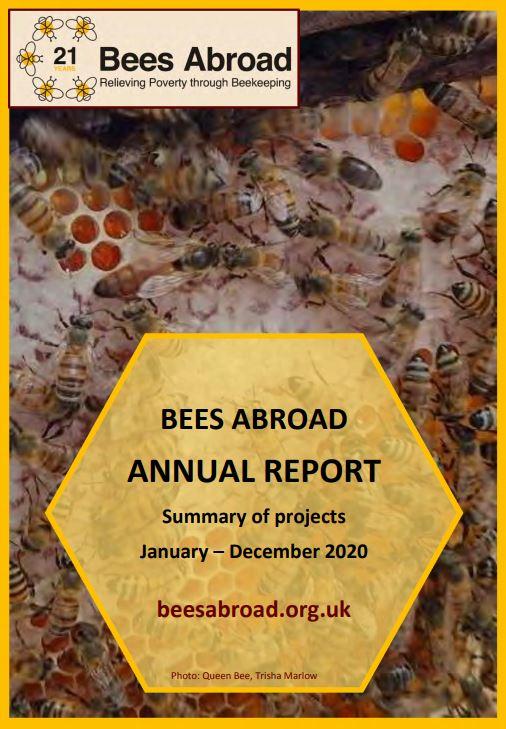